I was 12 years old when I was molested by my neigbor’s son.

My great grandmother had passed away and my family had left me in the care of my neighbor’s family for a day. Their house next door was like a second home to me. Our families were very close and I looked up to my neighbor’s two daughters and their son as my older sisters and brother. My mom often sent me there with food she had made and they did the same. Compared to our modest household, they were affluent and everything about their lifestyle and home was  glitz and glamour. Going to their house was always a treat for me. To play with fancy toys, to eat in fancy dishes and just overall, it was special. Until. that. day…

My great grandmother was almost 100 when she died and her passing was a long celebration of her life spanning maybe a couple days. All the adults in my family had to be there and because I had exams the next morning, I couldn’t go. So my parents asked me if I would be okay staying with my neighbor for an evening. “Of course!” I said, thinking what an amazing time I’ll have with them. Once there, I had a really nice meal with my neighbor (she adored me and I called her Auntie) at their house and later we watched some movies. And then… her son took me to the balcony of their house and started acting funny. At first he asked me to sit on his lap. Why? I asked. He said “Its okay, it’ll be fun”. What followed next is not something I still feel comfortable putting in words but I remember the details of that evening like it happened yesterday. My instincts told me what was happening was not right and I pushed him aside and ran away. Luckily I had the keys to my house.

I hate that I was the victim.

But that night, I realized I have something within me which will guide me throughout my life. My instinct. I have learned to follow it. If you think its wrong, IT IS WRONG.

I wish instead of those stupid sex ed videos we had to watch in school, they would invite people to talk about real life experiences and we would get educated and informed about inappropriate behavior. I wish my mom could have warned me about this.

I wish it didn’t happen to me. But it did…

I never told a soul about this.

Not my mother or my father, not even my closest friends with whom I shared my deepest fear.

So why am I talking about this 30 years later? And that too so publicly?

Because I have a 7 year old daughter and I am not going to let her be the victim. I am educating her about inappropriate behavior and the world we live in. I am empowering her to take action if she notices anything wrong.

Today I salute my Mother in Law who has raised not one but three amazing men who treat women as their equals. They are kind and have empathy. They care. 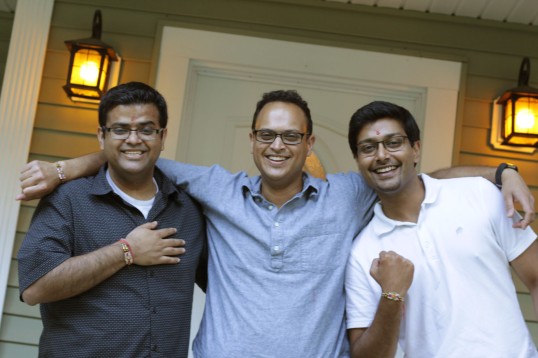 And I am married to one of them. This man has my heart and my respect!