Dia is rocking her glasses! 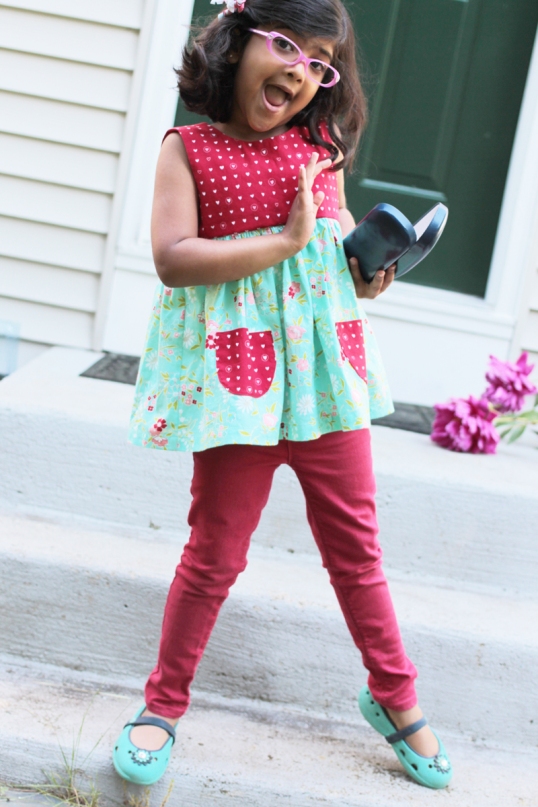 Of course she is my daughter so just any frame wouldn’t do. She also has a tiny face and most kids glasses in stores were too big for her. Thanks to some suggestions from friends on Facebook we bought this cute frame from Zenni. It was a long process though because the first frame we picked ended up being too big for her. Then we took her to Costco where she tried on a few frames and the optician told us to get a frame which is between 30-35. There are a lot of numbers and things which don’t make sense but they do now. So if you’re looking to order your first pair online, be sure to research and measure. We are very happy with this frame. Its sturdy and cute both of which are important at this age.

I started wearing glasses when I was 8 or 9 I think (maybe a little later) and I’ve lived most of my life hiding behind the glasses until I could get contacts. I don’t want that for my daughter so it is important for me to educate her and think of them as a good thing. “They help you see better and you look so cute in them“.

I am writing this post because I want to point out an amazing experience at Dia’s preschool today which warmed my heart and made me smile. I also want to document this because I want Dia to realize how awesome her school and friends were today.

Today was the first day she went to school with her glasses. The kids were having circle time. Dia was a little shy and just clung to me. When I asked why, she said “Mom, my friends won’t know its me because of the glasses“. Before I could answer, the teacher said something to her in her ear to which she nodded.

“Everyone, Dia has something to share with you all today“, said the teacher. “Go on Dia“.

“I got new glasses!” She said. The kids were really excited for her. And started asking questions.

“Not like this“, teacher said “Raise your hands if you have a question, and Dia will answer them.”

How civilized  I thought. 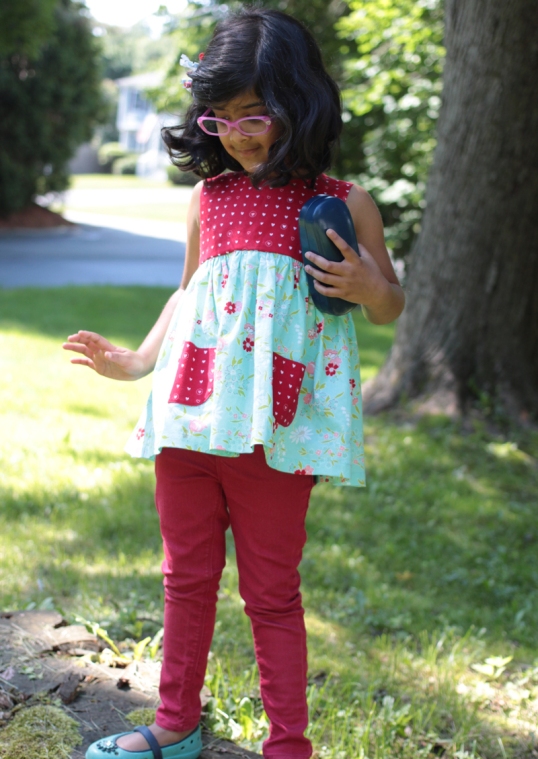 Sure enough one by one the kids asked questions and Miss Dia happily answered them. I tried to remember the questions because they were all so cute.

Q: “Did you know that your glasses have hearts on them”

Dia: “Because I see better with them”

Dia: “No, but sometimes my daddy wears his. He forgets!” We all had a big laugh at this one.

Q: “I think you look like a pretty princess“.

I wish I had taken my camera with me to capture some of this in photos but after this little exercise she was so confident and back to being herself. I wanted to hug each and every one of those kids. So adorable and so kind.  A big thank you to the teachers not just in her school but to all the teachers who truly care and understand kids and make an effort.

BTW I think more than the glasses, she loves the eyeglass case!!! 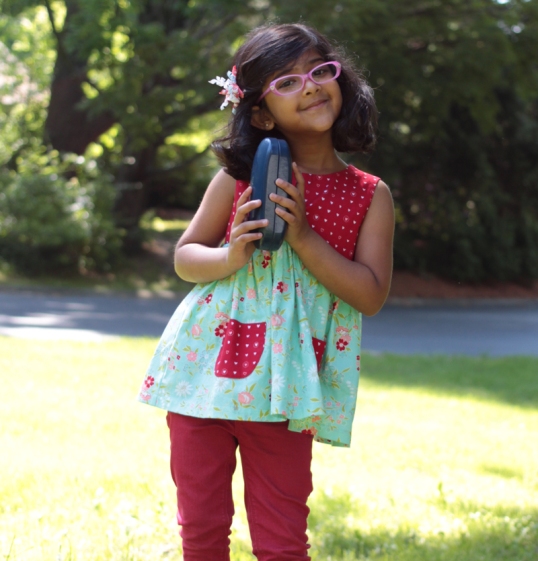 6 thoughts on “Dia is rocking her glasses!”

Leave a Reply to Elizabeth Made This Cancel reply